← more from
One Little Independent Records
Get fresh music recommendations delivered to your inbox every Friday.
We've updated our Terms of Use. You can review the changes here.

Songs To Our Other Selves 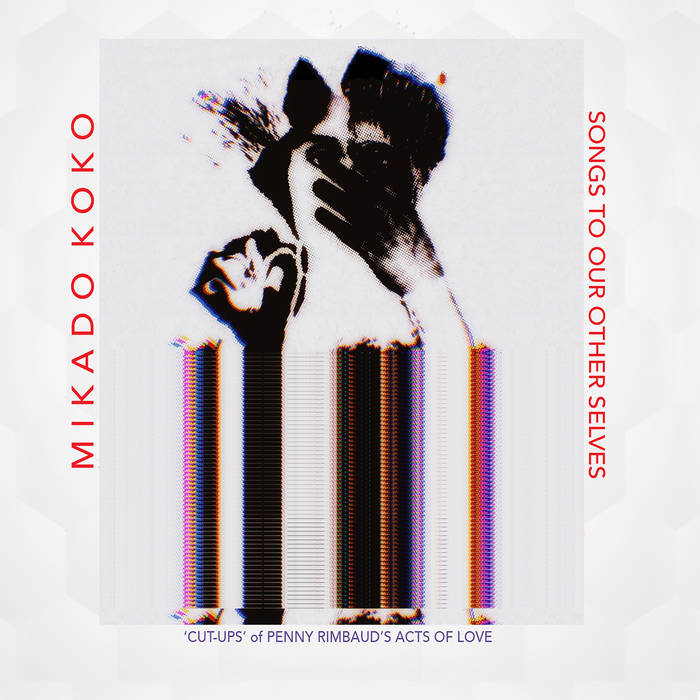 Japanese outsider avant-gardist, poet and producer, Mikado Koko, presents a new album on Caliban Sounds in association with One Little Independent Records, ‘To Our Other Selves’. The album is an exploration and continuation of Penny Rimbaud’s classic fifty track album ‘Acts of Love’, released in 1984. On the inspiration behind the project, Mikado Koko noted “I knew that Penny Rimbaud’s Acts of Love is so special for him and Gee Vaucher. When I listened to the album while making generative art NFT, I came up with an idea for remixing it.”

Penny Rimbaud composed, arranged and produced ‘Acts of Love’ with assistance from keyboardist Paul Ellis. The album consists of fifty short poems set to contemporary classical music, performed by Eve Libertine and Paul Ellis, and is accompanied by a book of fifty collages by artist Gee Vaucher. Koko describes the album as a perfect launchpad for her creativity and electronic experimentation to shine, “Eve Libertine’s vocals and Paul Ellis’s Prophet-5/DX7 are brilliant, and I am always inspired by the artwork by Gee. Therefore, I reconstructed 20 tracks by several types of generative cut-up algorithms, with love and respect”. Koko’s production takes Rimbaud’s classic work to new sonic territory whilst maintaining the integrity and concepts behind ‘Acts of Love’.

For ‘To Our Other Selves’, Koko has selected twenty tracks to extend Rimbaud’s short haiku-like bursts of energy into a fierce juggle of cutups and electronica, each track becoming a piece in its own right, yet somehow maintaining the poetic intensity of Rimbaud’s originals. Koko’s adaptations maintain the dramatic intensity of Rimbaud’s work, in particular allowing Libertine’s dynamically expressive vocal performances to demand attention whilst introducing glitchy, mind-bending electronic elements, warping Rimbaud’s recordings into otherworldly, surreal sounds. Koko’s creation was inspired by Gee Vaucher’s artworks, Dada inversion and, notably, William Burrough’s cut-up wordplay, rearranging Rimbaud’s lyricism and Libertine’s performances to create new meaning and present new ideas, giving ‘Acts of Love’ a fresh lease of life for a new audience. Koko has crafted a musical koan in which nothing makes any sense but its own, and therein life’s greatest riddle.

Bandcamp Daily  your guide to the world of Bandcamp

Semiratruth joins the show to discuss their latest release, "loading..".